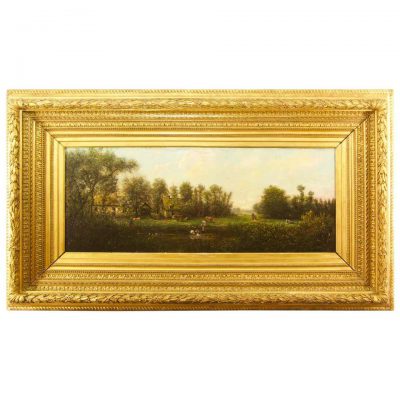 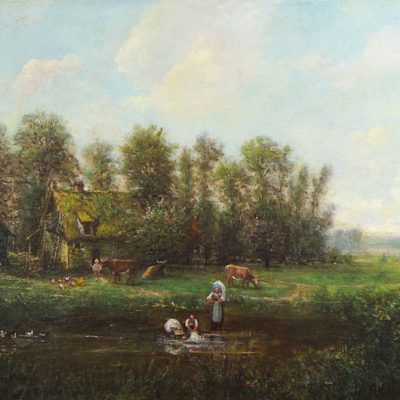 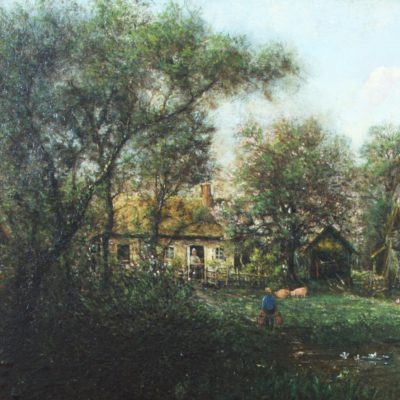 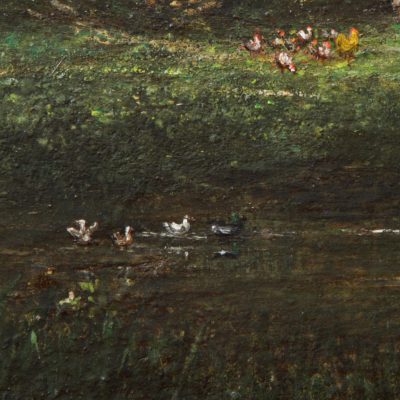 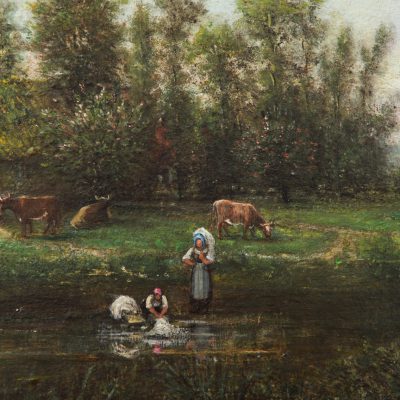 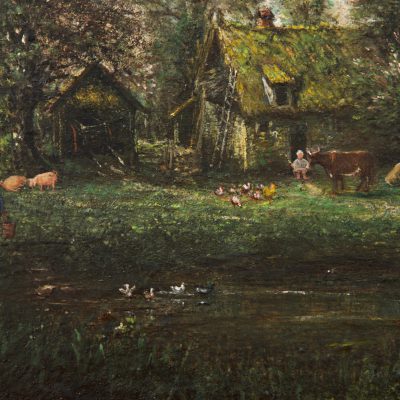 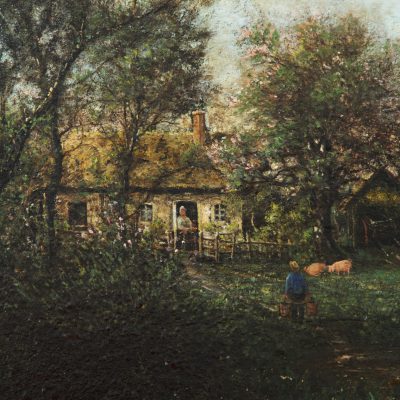 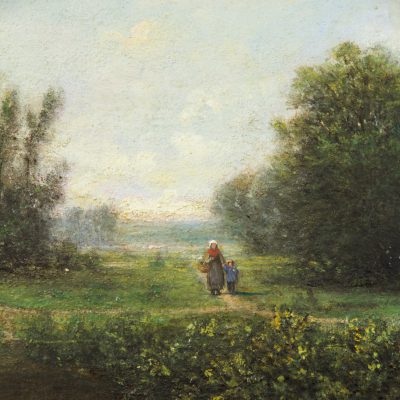 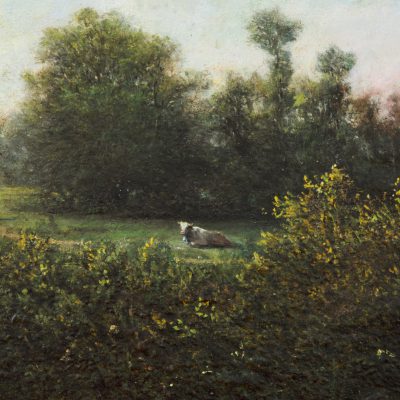 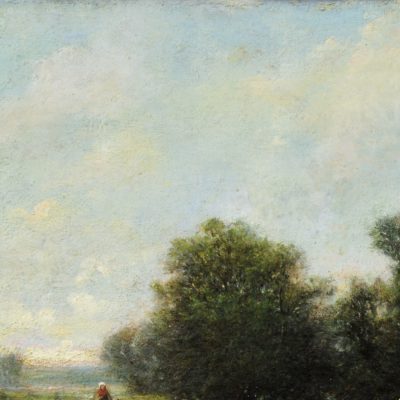 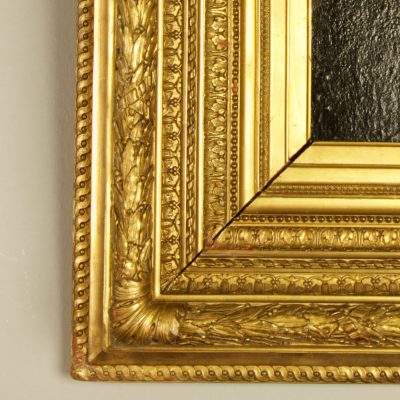 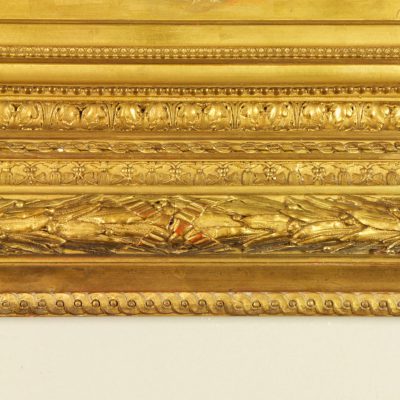 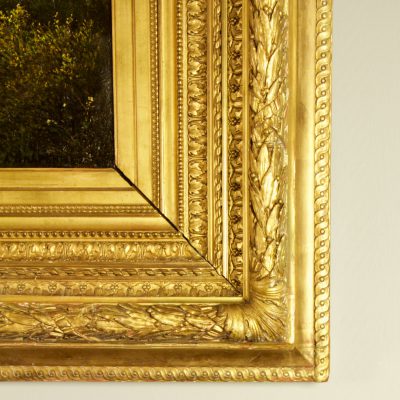 Atmospheric, calm scene of a rural landscape in the summertime, showing a French farm surrounded by large trees at the banks of a calmly floating river, illustrating the peasants’ everyday life: women washing clothes in the river, a peasant woman coming back home with her little child from running errands, a peasant carrying water buckets from the river and a child guarding fowl, pigs and cows. The calm rural scene, displayed on a horizontal rectangular banner-like format, captivates the beholder with its richness of detail, which becomes more and more evident the longer the beholder looks at the painting with lots of little, anecdote-like scenes to be discovered.

The painting comes with a spectacular large carved and gilt wood neoclassical frame with laurel leaf, pearl and acanthus decoration.

The painting in its subject as well as in its style is very closely related to the work of the French Barbizon School painters Jules (Nantes 1811-L’Isle Adam 1889) and Léon-Victor Dupré (Limoges 1816-Paris 1879), who learned the craft of painting from his brother Jules. After having studied the paintings of Constable on a trip to England and being influenced by the paintings of Theodore Rousseau, Jules Dupré drew his attention to landscape painting and had his first show at the Paris Salon in 1831. He became one of the most famous French Barbizon landscape painters: Jules Dupré was also one of the main representatives of the so-called “paysage – intime”, in which the painter is not so much interested in painting a beautiful view, but tries to reproduce the mood, color and light being typical for a certain piece of landscape. His brother Léon-Victor also specialized in painting French landscapes, resembling those of his brother in style and subject. 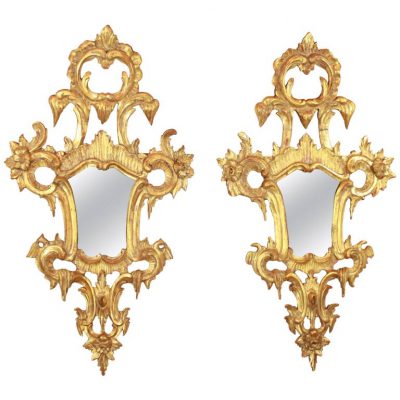 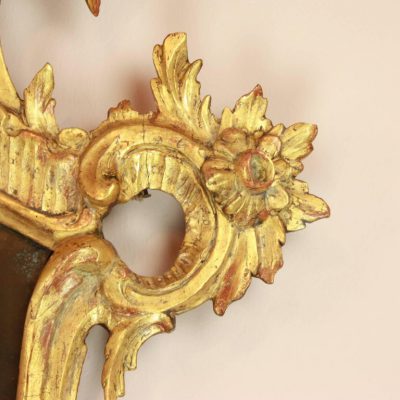 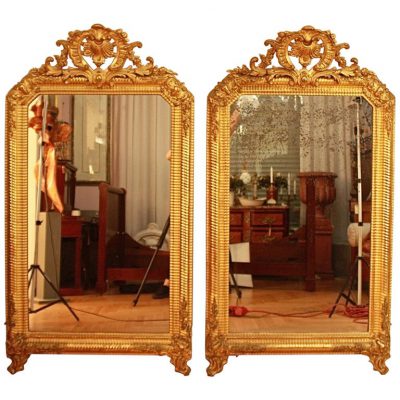 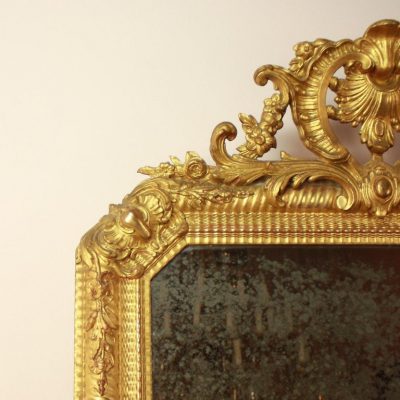 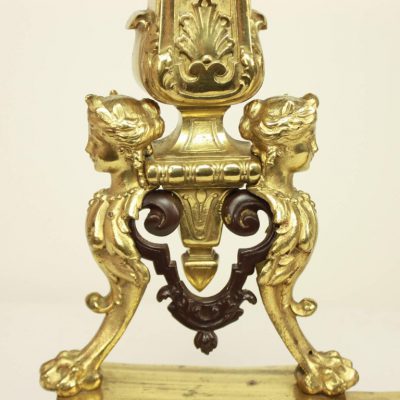 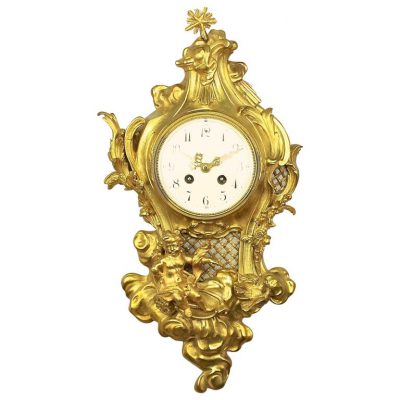 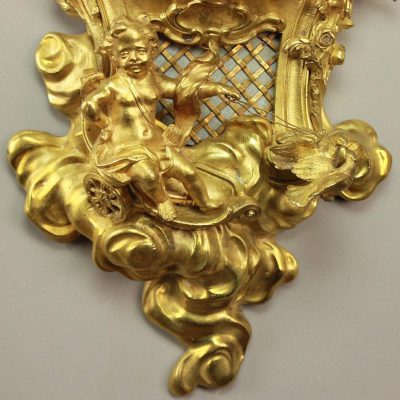 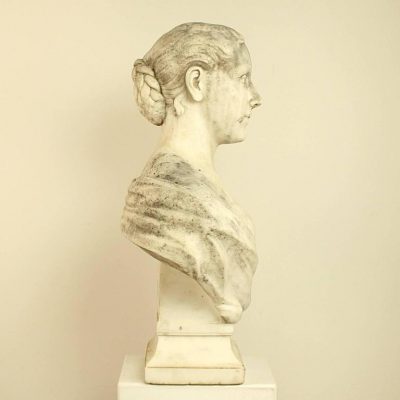 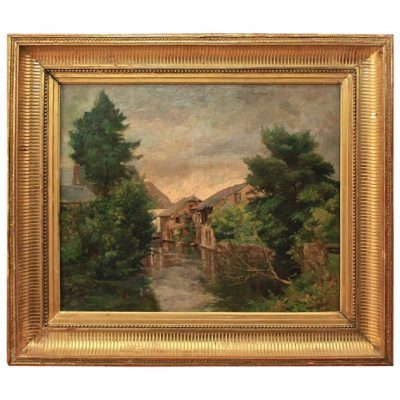 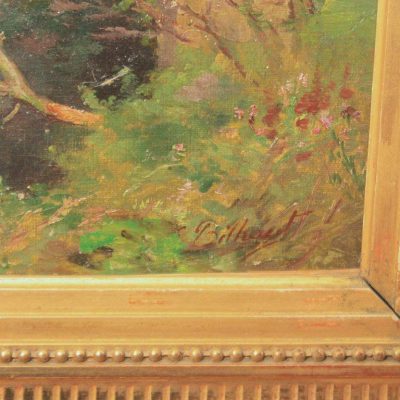 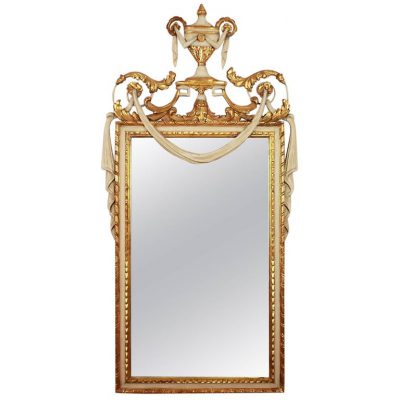 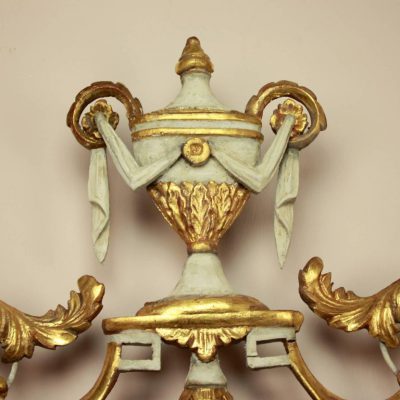 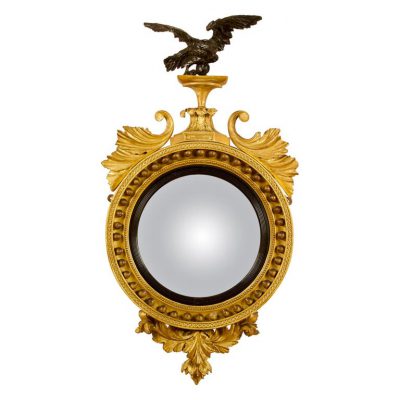 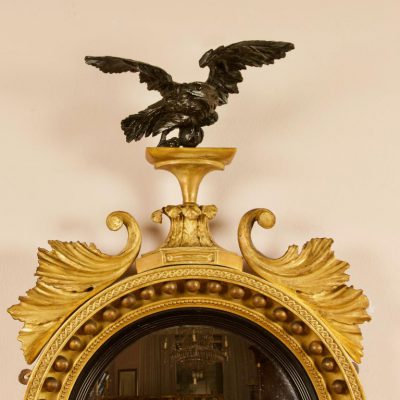