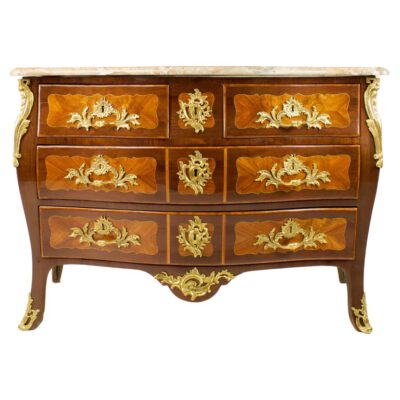 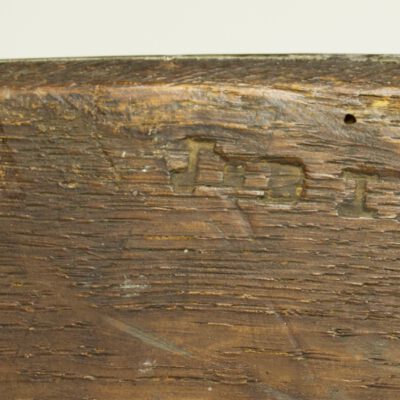 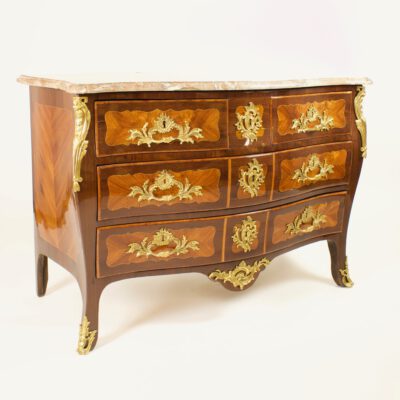 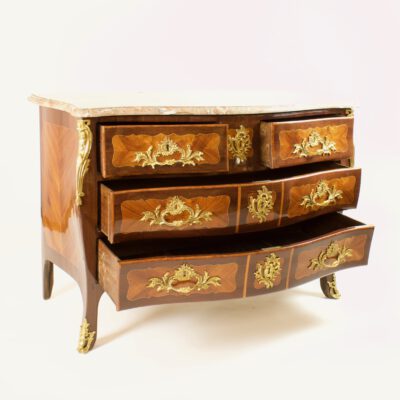 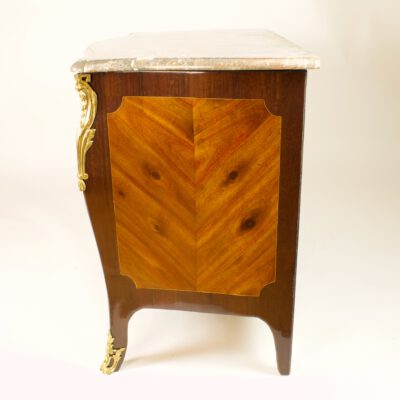 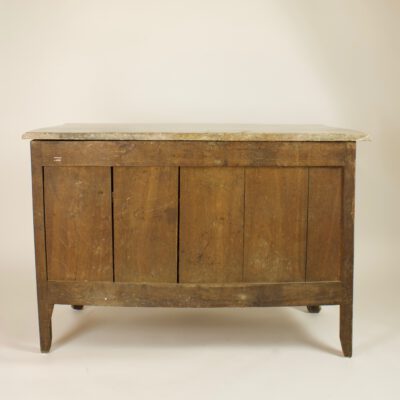 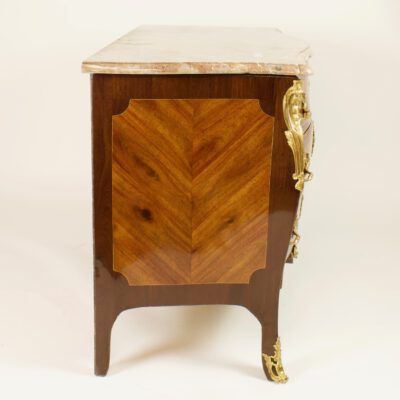 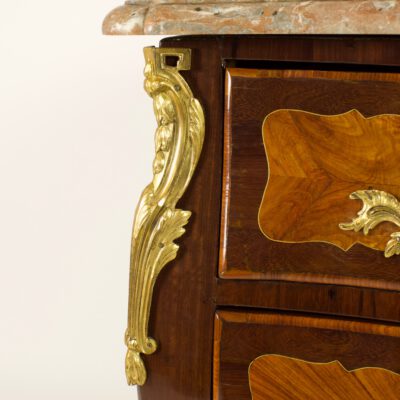 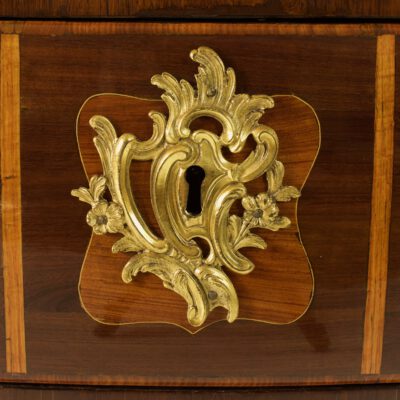 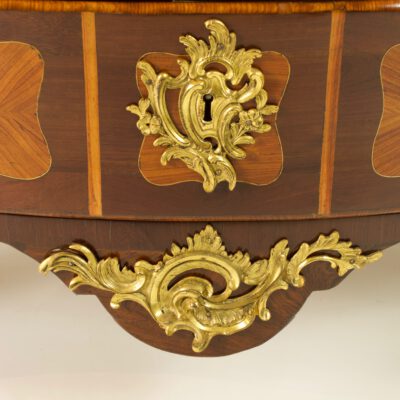 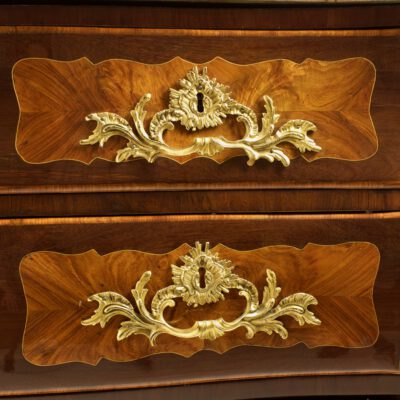 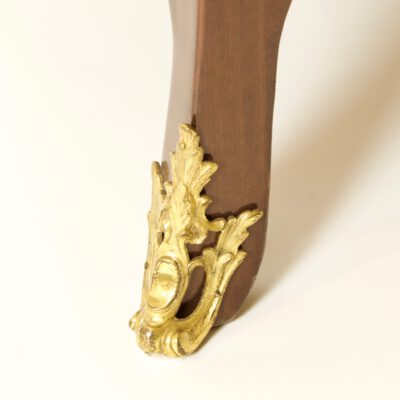 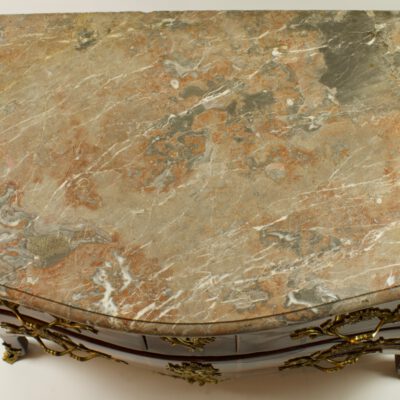 Jacques Bircklé, born 1734, received his cabinet makers’ master title 1764 and set up shop at first at the rue de Charenton and later at the rue Saint Nicolas and became one of the most famous maitres ebenistes of his time. Later in his career he was commissioned by Marie-Antoinette to work for her Chateau Saint Cloud and also worked for the Duc d’Orleans, for the Princesse de Lamballe and other noble clintele. Bircklé worked in a variety of Styles from Louis XV to Louis XVI, his pieces of furniture were known and appreciated for their high quaity of marquetry rather than an abundance of gilt bronze decoration. Works of Jacques Bircklé nowadays are displayed e.g. at the Musée des Arts Décoratifs and the Musee Cognacq-Jay in Paris and the Musée Lambinet at Versailles. 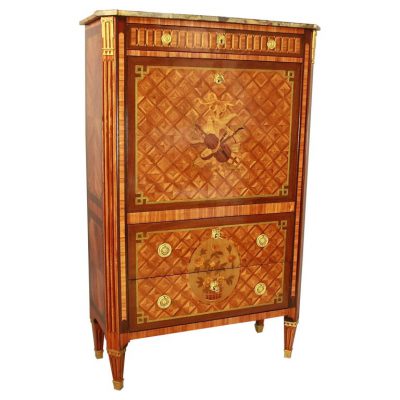 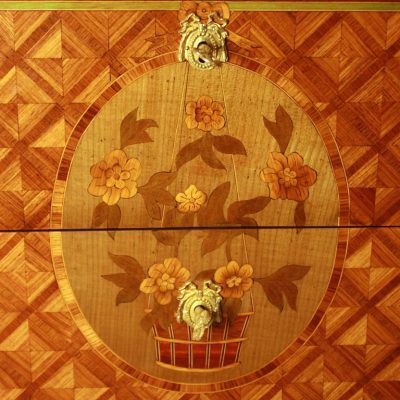 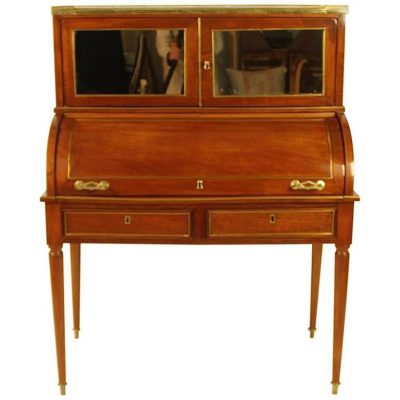 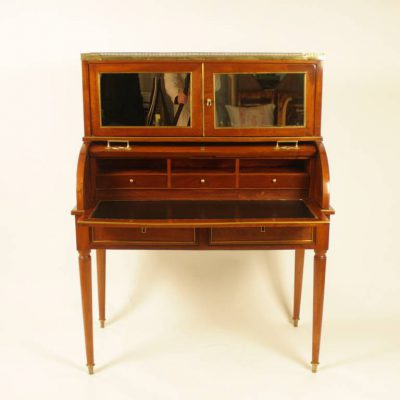 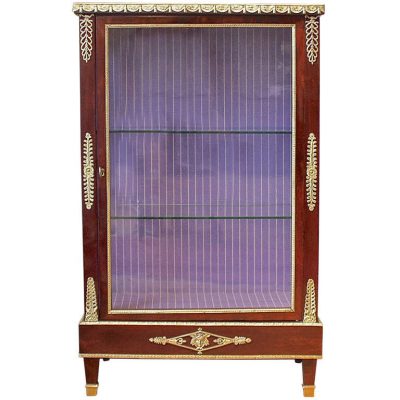 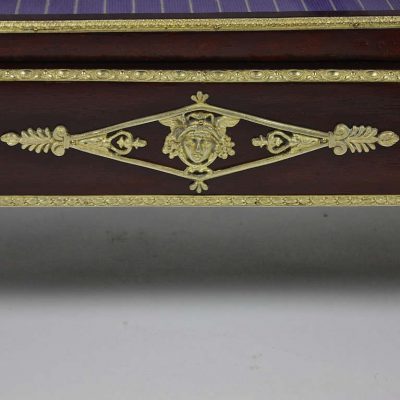 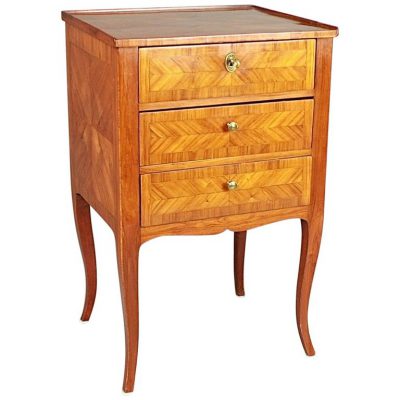 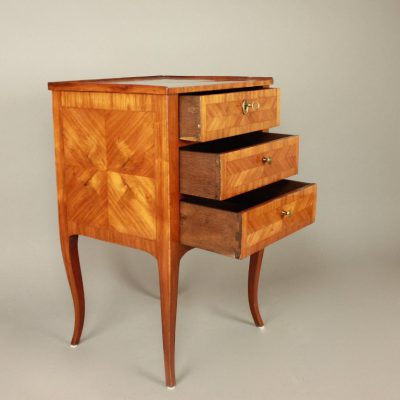 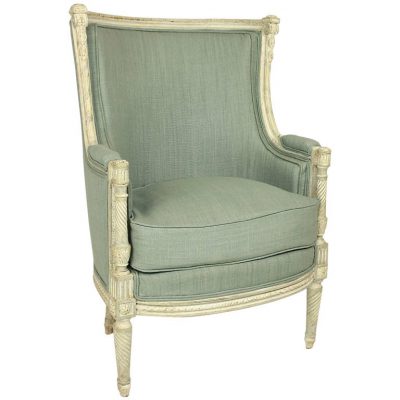 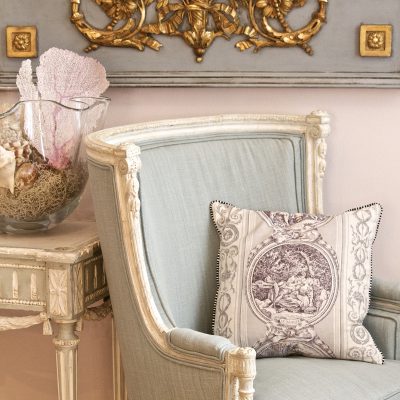 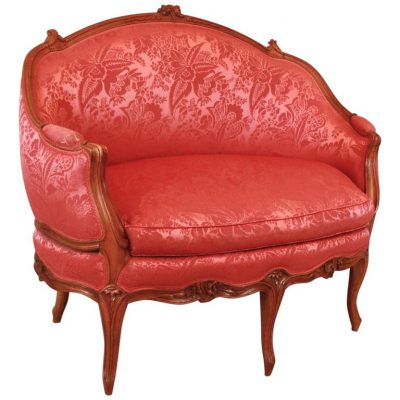 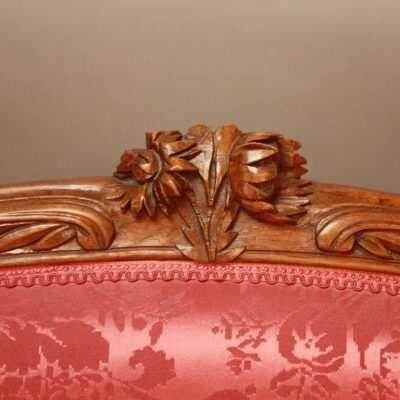 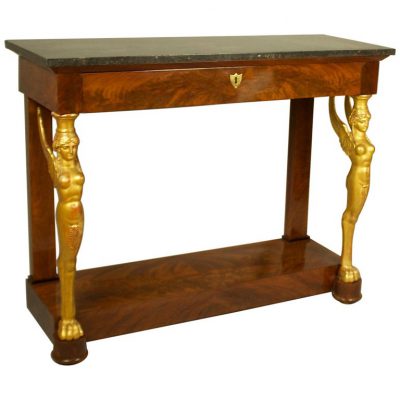 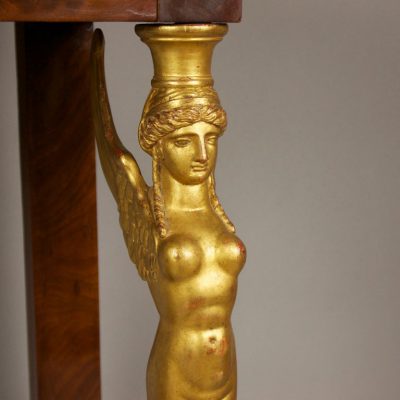 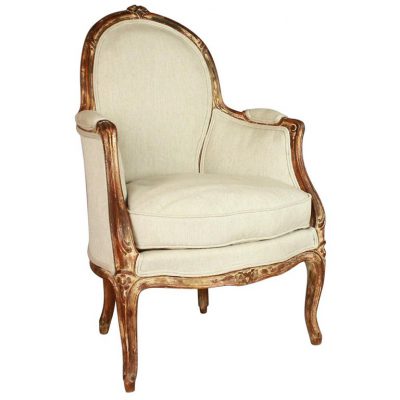 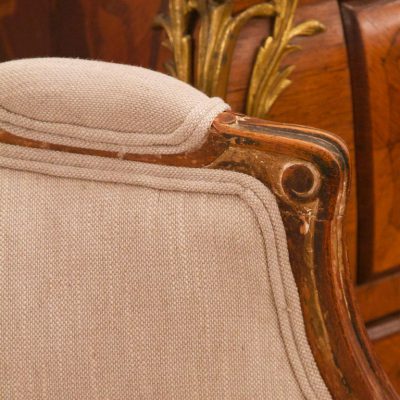