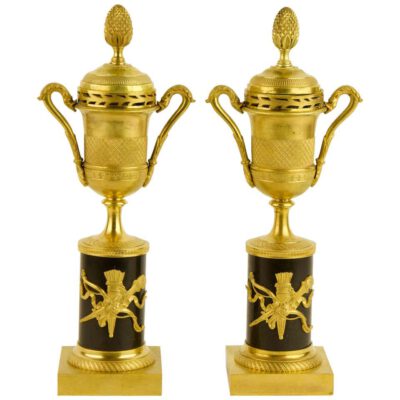 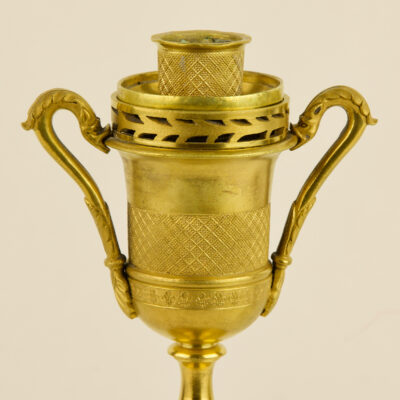 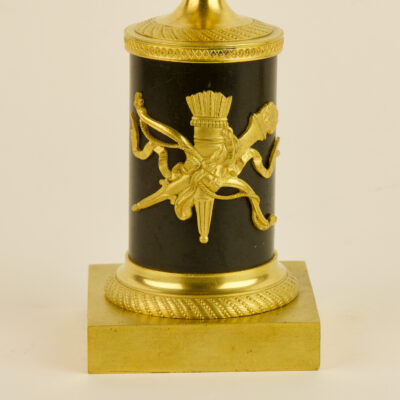 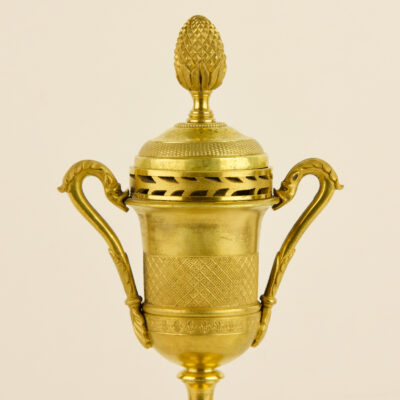 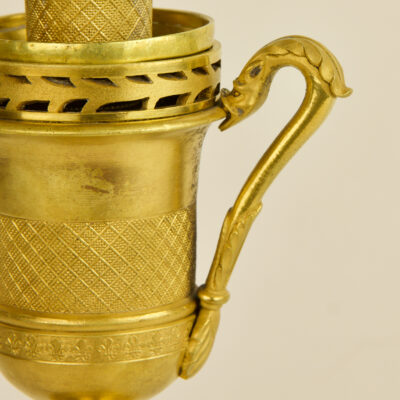 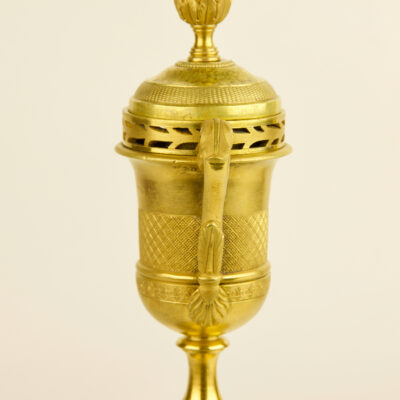 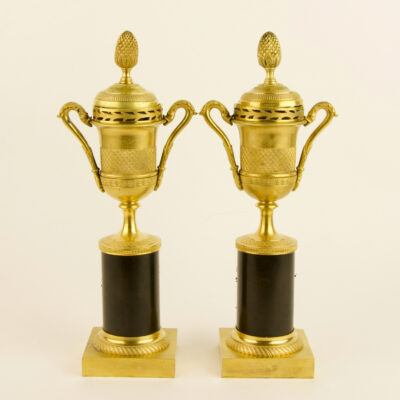 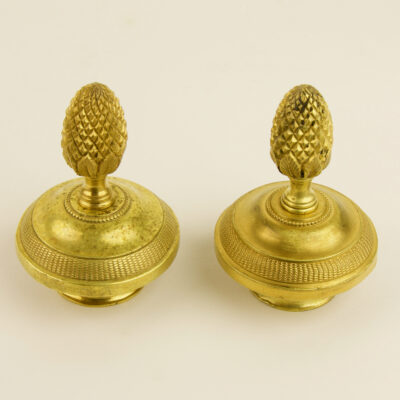 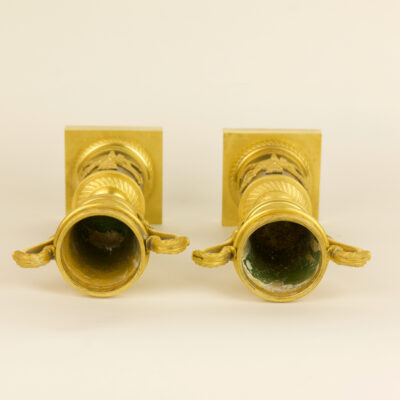 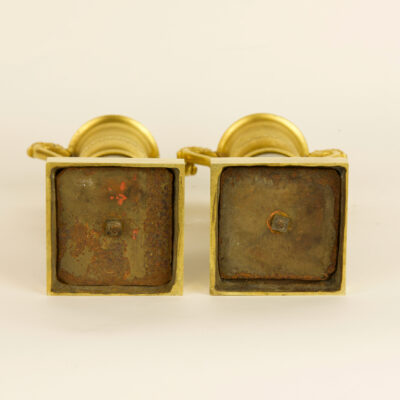 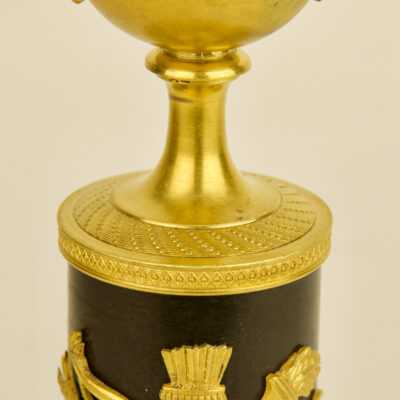 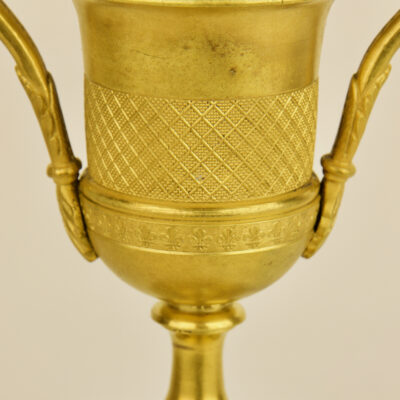 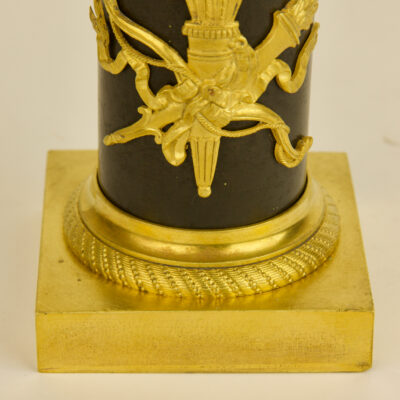 A fine pair of Empire style mid 19th century gilt and partially patinated bronze cassolettes that can be turned into candlesticks: raised on a column-shaped black patinated pedestal with a square gilt bronze base, the pedestal decorated with a Neoclassical gilt-bronze applique depicting a trophy with a quiver, a bow and a burning torch symbolising love. Each cassolette cast with a krater shaped vase featuring two handles in the shape of stylised fishes, surmounted by an openwork laurel leaf frieze cover topped by a pine cone finial which, when being turned around, reveals a candle nozzle so the cassolettes can be used as candlesticks. Base, vase and cover in gilt bronze guilloché with pearl and Bourbon lily patterns.

Condition: good, wear consistent with age and use, min. dents and parts of corrosion – detailed condition report on request 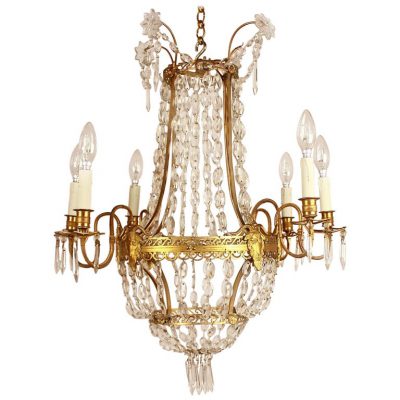 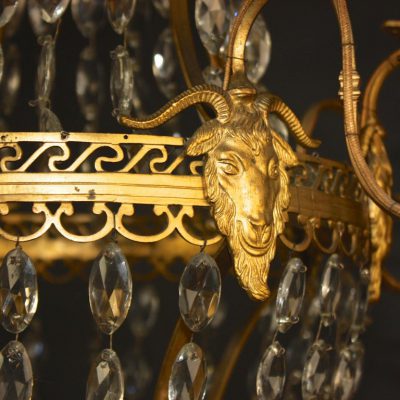 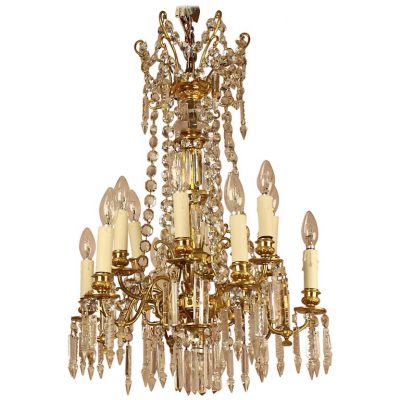 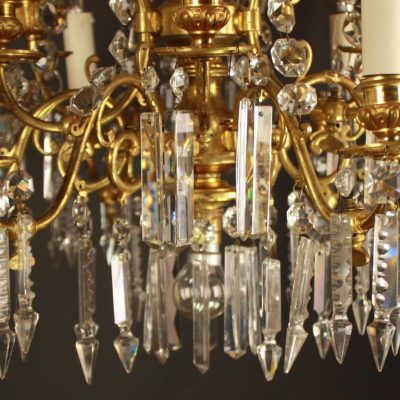 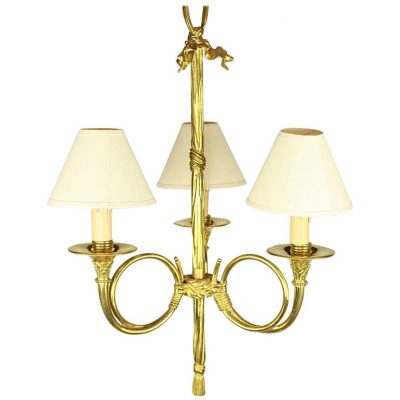 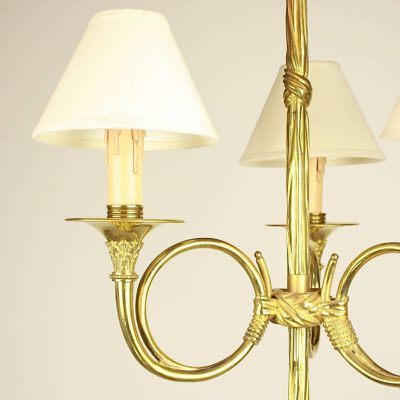 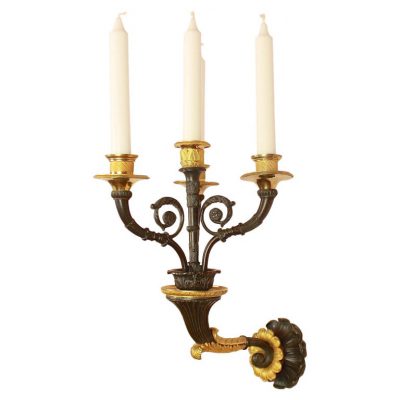 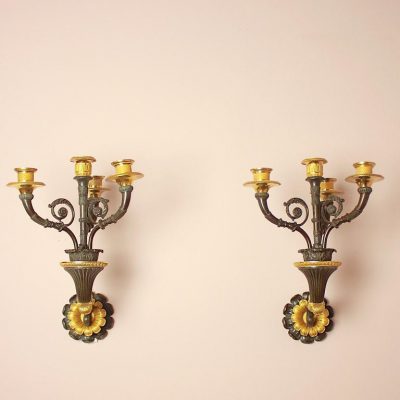 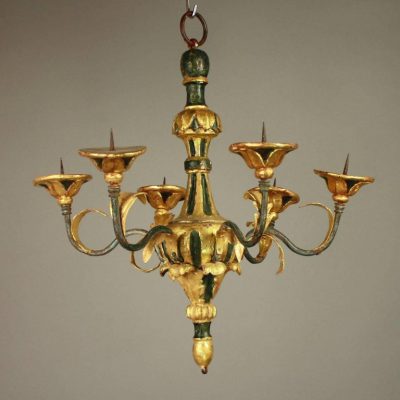 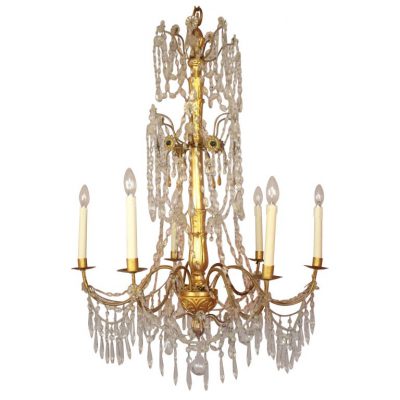 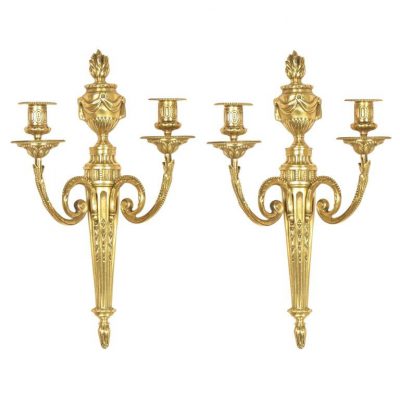 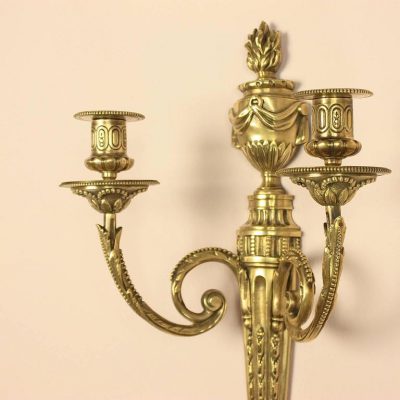 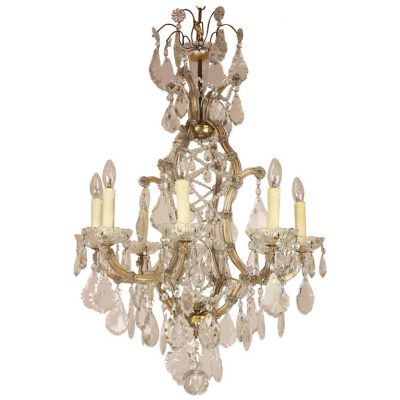 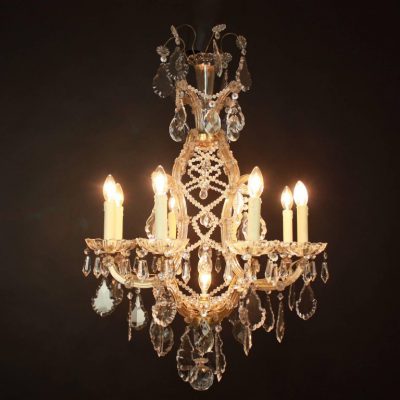